I arrived in Bucharest in July with the purpose of researching the large-scale migration from Romania to Western Europe. I was particularly interested in the more personal and emotional impacts that this migration  has on those who have stayed behind in Romania. People for whom short visits and long-distance communication is a usual part of daily family life. And so, I began approaching the loved ones of those who migrated for work to core European countries in order to interview them about their experiences.

From early on, I heard the same refrain from practically everyone I mentioned my research topic to: “everyone in the country has a family member abroad!” They were highly aware of the phenomenon of couples and families (nuclear and extended) living physically separated lives due to migration for higher salaries and what many of my research respondents referred to as “a better life.”

Romania has consistently been among the top sending countries within the EU since its 2007 enlargement, and migration numbers also spiked in 2002 when the EU issued visa-free entry for Romanian citizens to the Schengen area. But it had already become an emigration country during a period of relative open borders in the post-communist 1990s.

This is when the figure of the badante emerged – a middle-aged, live-in caregiver in non-qualified employment, caring for the elderly and/or children in family homes in Italy. It’s also a term that scholars explain “conveys a large set of gender and ethnic stereotypes.” These women made up significant migratory waves from Eastern Europe to Southern Europe after the fall of the Soviet Union. Since my interest in the emotional and care-related dimensions of migration relate in important ways to gender roles, I became interested in how the impacts of this kind of migration was felt in present-day Romania.

Reading up about it, I noticed that the phenomenon is mostly discussed in the context of political and scholarly debates about the “global care chain.” This term defines a process by which middle class working women in Western European countries employ migrant women from poorer countries outside Europe to do their domestic and care labor, while those poorer women then have to employ or otherwise arrange for other women to take over their own care duties at home. The phenomenon has intensified due to aging populations in Western European countries that require a growing low-cost care labor force, especially as welfare states cut back on social safety nets, leaving families to rely on private services (which is why such migration is also referred to somewhat euphemistically as “transnational welfare”).

The global care chain is an important way in which the phenomenon that has been called the “feminization of migration,” is made sense of. This term basically refers to the relative surge in numbers of women within the rising migration flows of recent decades. Saskia Sassen has referred to it as a “feminization of survival,” as feminized migration is a product of the growing presence of women in global capitalism’s circuits of mobile labor, including poor and disadvantaged women from the developing world.

The global care chain phenomenon has taken on significance on a global scale as the numbers of women entering the skilled labor market worldwide increases. But scholars also acknowledge that this is a very diverse phenomenon with varying local manifestations that require more specific inquiry. In the case of Romania this is sometimes a challenge. This is partly because, in the literature, the country is often grouped in with other Eastern European countries when this form of migration is discussed. And this makes it difficult to grasp the scale and impact of “feminized” migration in this context, and to understand how far the analytic of the global care chain may or may not apply here, today.

Badante and the history of women’s migration from Eastern Europe

The badante figure of post-Soviet times meets the quintessential profile for feminized migration within a global care chain. But if we understand the feminization of migration as rising numbers of women independently migrating across borders for work, it’s only in the past decade or two that Romania has seen the most significant increases in the proportion of women migrants, although reports vary on the numbers.

According to some reports (sanduleasa), 2001 was the year when women migrated for work outside the country at equal rates to men. According to others, however, numbers of women migrating doubled between 2001 and 2004, but still only amounted to 31 percent of the total out-migration (piperno). Still others reported that women made up 49,6 percent of Romanian migrants in 2001 (Docquier). Since then, a report from 2010 showed that the proportion of women migrating rose to 62% by 2004 and 65% by 2008 (Roman and Voicu).

While it’s fair to speculate that this significant trend will continue, it’s unclear how far this migration is implicated within global care chains or how much of this work done by women is typically gendered. That’s why the tendency to understand Romanian feminized migration in terms of global care chains runs the risk of leaving out more diverse and recent migration dynamics that complicate the historical post-Soviet badante imagery.

Granted, speaking about the feminization of migration from Romania makes sense when Italy is the vantage point. That’s the county where, according to the IOM, 40 percent of labor migrants from Romania reside. It’s also where women migrants from Romania have reportedly outnumbered men since 2008 and it’s been suggested that most of them work in the care sector.

However, it’s unclear to me from the literature by how much men are outnumbered, how socially significant this disparity is when contextualized (for instance, with relation to the rates at which Romanian men outnumber women in construction sector jobs), and how large the majority of care workers is. This seems important, given claims that the proportion of women migrants working as “domestic workers” worldwide is as low as 8 percent. 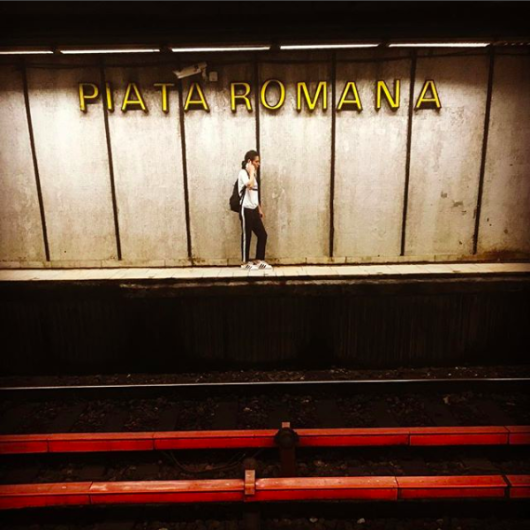 Viewed from the vantage point of the sending country, today’s Romania has the second highest emigration growth rate in the world. That is, according to recent reports (2007-2015), the increase in migration out of Romania comes a global second only to the migration peak caused by the recent destabilization of the Syrian war. It seems necessary to respond to this striking reality with more than an analytic that focuses on theorizing the role of women migrants as caregivers. This was done, for instance, in a working paper from 2007, where researchers raised pertinent concerns about how existing mass-scale investigations rarely brought the “feminization of migration” into relation with “brain drain” in order to look at the gendered dimension of high-skilled migration.

This work shows that among the main developing countries that migrants originate from, women are actually overrepresented in brain drain migration flows because they tend to be overrepresented in higher education. Although a closer look at the numbers they report of skilled Romanian migrants circa 2000 shows that men still outnumbered women, the difference was slight and may have decreased by now (but I couldn’t find more recent studies on this).

At any rate, it seems clear that both globally and in the national case of Romania, numbers and proportions of women labor migrants are increasing. But there seems to be a more complicated story to this than what the care chain idea alone can account for. In my next blog post, I’ll say more about how my fieldwork in and around Bucharest relates to the questions I’ve raised here.